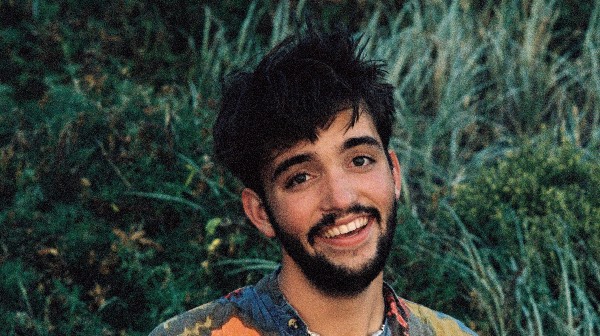 I grew up in Titirangi, Auckland. There was a tonne of music around me when I was a kid. My parents and grandparents all play music, and they used to play for me and share their favourites with me. We used to listen to a lot of Otis Redding and Billie Holiday when I was a kid – they are my two favourite vocalists. We also listened to a lot of music popular at the time, such as Ben Harper and Coldplay. My parents used to sell jewellery at markets so I was constantly surrounded by a wide variety of live music, from folk to world music. I remember loving a particular Latin band at the Titirangi market when I was four years old.

When I was in my last two years of high school I did Smokefreerockquest, in The Kicking Screaming Love Machine and then Arjuna and the Mix. We were in the Auckland Central region, and I think we came 2nd in that region, but nothing after that.

It was a great learning experience for how songs translate into a competitive atmosphere like that. For me it was always challenging having to cut down the set, as I was used to playing long sets and improvising at that point. I met a lot of brilliant people and am still friends with many of them today.

After high school I studied music at the University of Auckland, and at the end of my first year I joined a band called The Shambles. Suddenly I was touring with them and playing big gigs all around the country, including Rhythm and Vines, Soundsplash and Tuki festival, as well as sold out shows in all the major NZ cities. It was a crazy ride and I loved every second of it.

It was so exciting to be a part of an amazing scene of amazing young bands, and I met some of the most awesome people! Once Shambles separated, I decided to move to Wellington. I recorded a whole bunch of material before I left and spent the following months polishing it off, which eventually became The Watcher EP.

I have been playing and writing music my whole life, but this was my first experience of producing and releasing recorded music into the world. It took me a while to find the right people to work with, but once I found Jeremy Morris and Henry Milne from Rain and Shine records, it was a perfect team up. They put me in touch with Jordan Rakei’s producer, Jim Macrae, who mixed the EP, and Kelly Hibbert from Almachrome who mastered it. It took a long time, but I’m really proud of my debut project.

I have been lucky enough that my music has reached a lot of people, especially in the US and Europe. Being playlisted by some big playlists on Spotify was a great shock to me, as I wasn’t expecting it for my music’s first outing. I have received reviews from blogs and record stores that have praised my work, and I am extremely honoured that people dig it! I think the most special praise is when my music touches or inspires people on an emotional level, as this is what I’m going for.

I have the most incredible band that play live with me. I am very lucky to share the stage with them, and it is extremely important to me that they are collaborators and have space to make their creative voices heard, not merely backup musicians. Although we are all jazz trained musicians, I wouldn’t say the music we create is jazz, but it does share the application of improvisation within the music. My goal is to create music that is both fun and danceable, but has something deeper going on.

I write music about a lot of different things. With the last project I wanted the songs to all be thematically very different, but be connected through the sonic palette, and that is my goal for the next project too. Some are about human behaviour, others about climate change and social issues, others about mental health and spiritual experiences, nothing is off the table for me. As people, our lives encompass a huge variety of experiences and emotions, and I wanted to reflect this through my music.

When I am writing I usually start on the piano. I try to let the music inform where the song goes, and the lyrics are just telling you the specifics. I’ll usually just improvise for ages, and eventually something will be born that I will then build into a song. It’s my goal in the future to expand my songwriting process so that I can write weirder music!

I often don’t record a song for a year or more. I want the songs to grow organically, and I don’t mind waiting for that to happen. I’ll usually choose the songs that most reflect me at the given time to record.

I have learnt a lot throughout my musical journey, but the big ones are, to try and separate my self worth from what I create, and to really enjoy the creative process, not just the finished product. A lot of creative people experience some lows in mental health because what they do is associated with who they are, and if their art is damaged or criticised and harsh ways, often that can create great emotional pain. I have had to learn (over a long period of time haha) that although I love creating music and it is a huge part of my life, it is not who I am. I am a human being first, and being a good person is my top priority. I am very proud of the music that I create, but the most rewarding and fun part is the creative process itself. I really try to cultivate a curious mindset when writing music, and give myself the space to be open and not limit myself while creating. Finishing music is also important, but it’s not as important as the creating itself. Even if I travelled back in time and told myself these things, I don’t think I would have taken it on board without the experiences that I have had in the last few years.