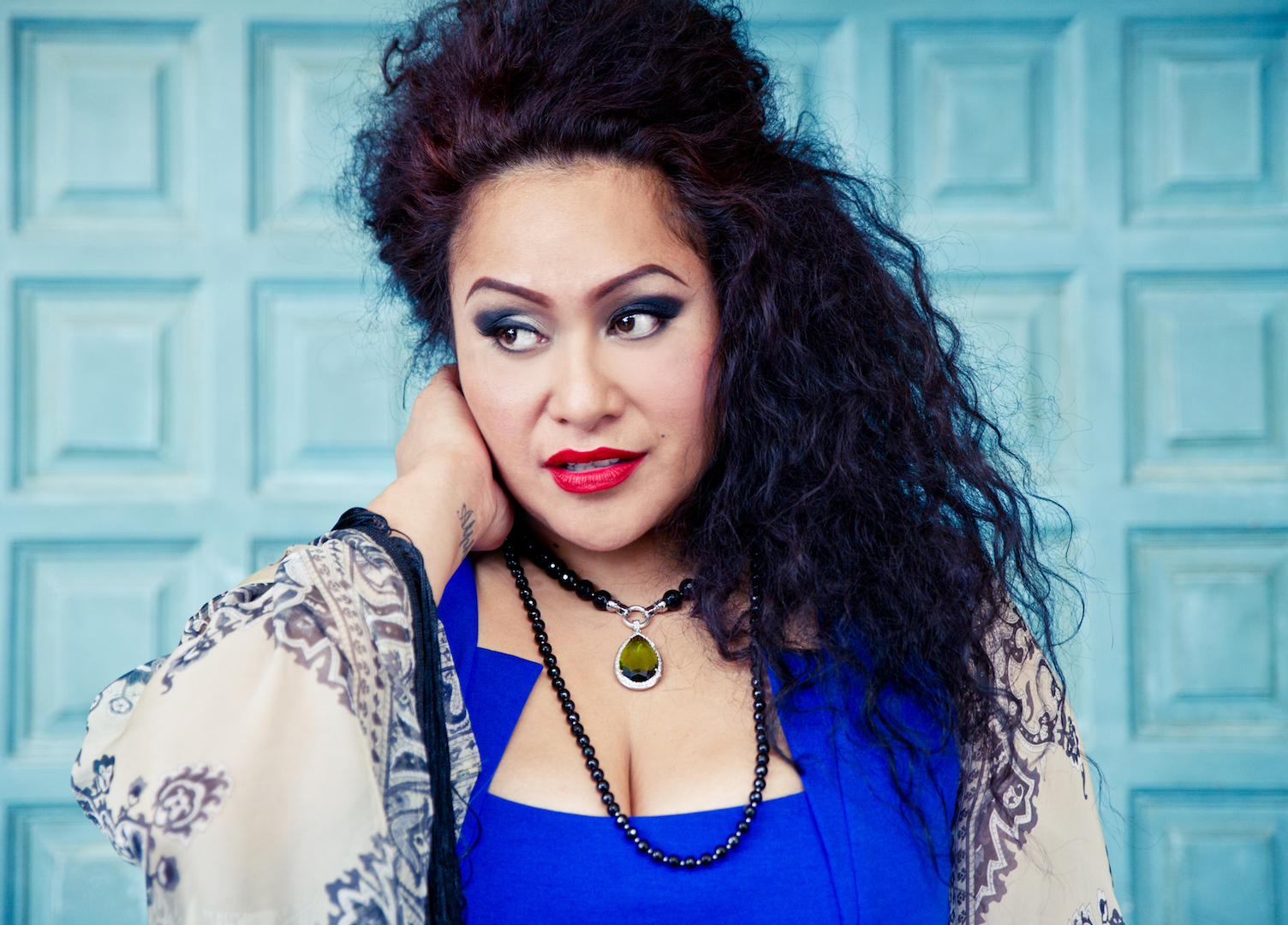 I was born and raised in Christchurch. There was music around me all the time growing up – I couldn’t get away from it. My parents were both musical and it was natural for us to sing along with them.

After school I got a scholarship to study in Paraguay, Central South America. I ended up getting into the Paraguayan girls choir, and I was asked to stay back after my scholarship had ended so that I could compete with the choir in the 4th world choir comps in Rome. After that, I came back home and studied at the Christchurch Polytechnic for a year while working part-time at the Body Shop. Soon after that, I was asked to be a part of Mark Hadlows production of The Little Shop of Horrors at the Regent in Dunedin, and went on to do a second season with him in Auckland at Sky City Theatre.

From that point on it really just helped my career develop. I was in a performance group called Jireh which toured and performed all over NZ and shortly after our tour, I had secured a role in Disney’s The Lion King. Now I’m based in Auckland.

Amongst all of that, I definitely have a couple of favorite moments in my musical journey! Performing at Glastonbury with my band, singing with Chaka Khan at her concert, singing with John Mayer as part of a tribute for the Christchurch Shooting, and acting in the film Sione’s Wedding are just a few of the highlights. I also loved co-mentoring Ka Hao (an amazing group of young Maori singers), being a part of a live worship album called Mõhau, and mentoring in schools as part of the NZ Music Commission.

It depends. I either start with a poem, or a melody takes over, and then words develop as the melody comes through.

I end up knowing which songs to release straight off the bat. I’ll usually sit and try to develop a song and if it feels too forced, then I usually leave it.

I’d say, say what you mean to say and not what you think they want to hear. Also, don’t stop going to guitar lessons!!!