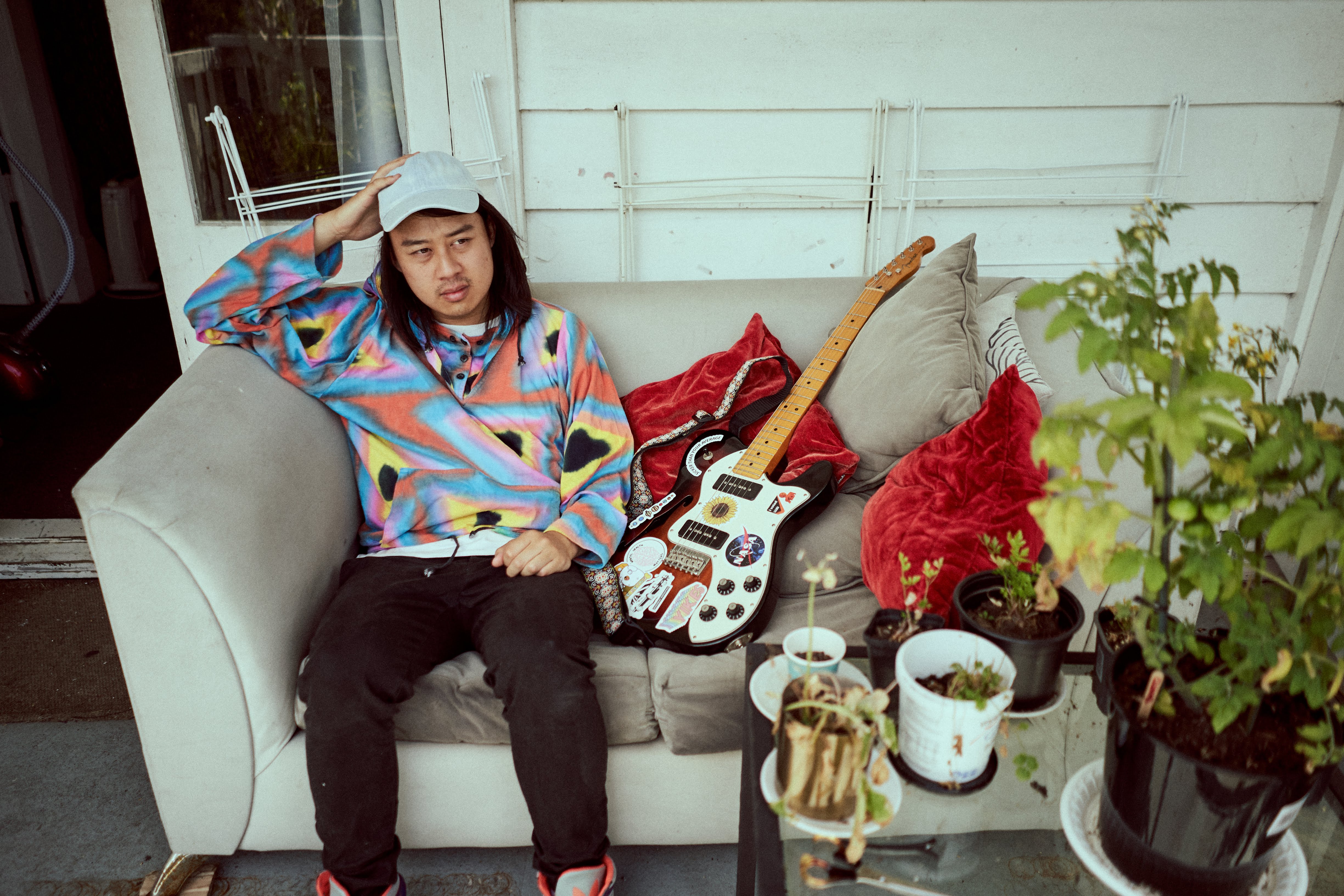 I’m from Auckland, and my family is originally from Malaysia. Looking back, there was actually quite a lot of music around when I was but a wee sprout. I grew up going to piano lessons like a lot of Asian kids did, and my Dad also had a great collection of music from his time living in London in the 1970’s! I remember him showing me everything from Tom Petty to Joni Mitchell and Led Zeppelin to Aretha Franklin. It was like having a time capsule of that particular era of music, and I’m still learning even now how much of an influence that classic song craft has had on my music.

I entered the East Auckland region of Smokefreerockquest as the guitarist for a band called A.D.D. We were a rock n roll band and really just wanted to play everything as loud and complicated as possible. Looking back on it we weren’t very good… but somehow we made it all the way through to the national finals!

Currently based in Auckland now, my musical journey after school has had a lot of twists and turns (which I think is kinda the norm in this industry!). I’ve been involved in music in a lot of different capacities, from playing trombone in jazz bands, to shooting music videos for hip hop artists, to touring the country in a metalcore band, to my current project as a pop singer-songwriter! In terms of musical studies, I was fortunate enough to attend Berklee College of Music in Boston on a scholarship.

I have been very lucky over the last couple of years. I’ve had my music and videos featured on The Edge, ZM, and RNZ. I even played a live set on What Now which hit me directly in the nostalgia glands… a bunch of my friends woke up early to watch it (which really meant a lot as we had been up late hanging out the night before)! I remember getting a lot of really sweet texts that day.

It sounds corny but I think every part of the journey has had a lot of significance in helping me end up where I am now, even though I maybe didn’t recognise it at the time. So many major things in my life have ended up being traceable back to a tiny decision which butterfly-effected out into a series of events which I could never have foreseen. And likewise, there are so many decisions which felt huge at the time, but went on to never really change anything.

But if I had to pick just one particularly special moment, it would have to be the release of my song ‘Fingerprints’. I had been thinking quite seriously about quitting music at that point, and when that song blew up the way it did, it felt like a big sign from the heavens that I was on the right track and that I should keep going.

Like a lot of singer-songwriters, I tend to write from a very personal place. I find it quite therapeutic – it forces me to do a lot of self-examination and to understand the root of why I’m thinking or feeling a certain way. I think in order to explain something you have to understand it really well, and to explain something in the format of a 3-minute pop song you have to understand it really REALLY well! I feel like listeners connect to authenticity in music. Music is such a powerful artistic medium because it sneaks its way into our subconscious and teaches us to be comfortable with vulnerability without us even knowing it.

My writing process is different every time – I’ve never been someone who is naturally able to be like “okay, I’m going to sit down for 4 hours and write a song” and then just magically have a song at the end of it. Most of the time an idea will just pop into my head while I’m doing something else, then I’ll just record it as a voice note or write it down. Then when I have some time I’ll pick up that little fragment and build the song around it.

All of my songs are actually self-recorded and self-produced in my bedroom! I like to be in recording studios when other people are recording their music there though, it’s wonderful to be immersed in that creative energy. But I think I would just feel way too anxious about it if it was my own music! I prefer to work on stuff by myself at home where it’s cozy and I can redo the same vocal take as many times as it takes to get it sounding right. So what that means is that I tend to write, record, and produce all at the same time. Which is maybe not the most traditional way of doing it, but it works for me.

If I could go back in time and talk to my younger self, I’d probably just tell myself to chill out! Everything is going to be fine.