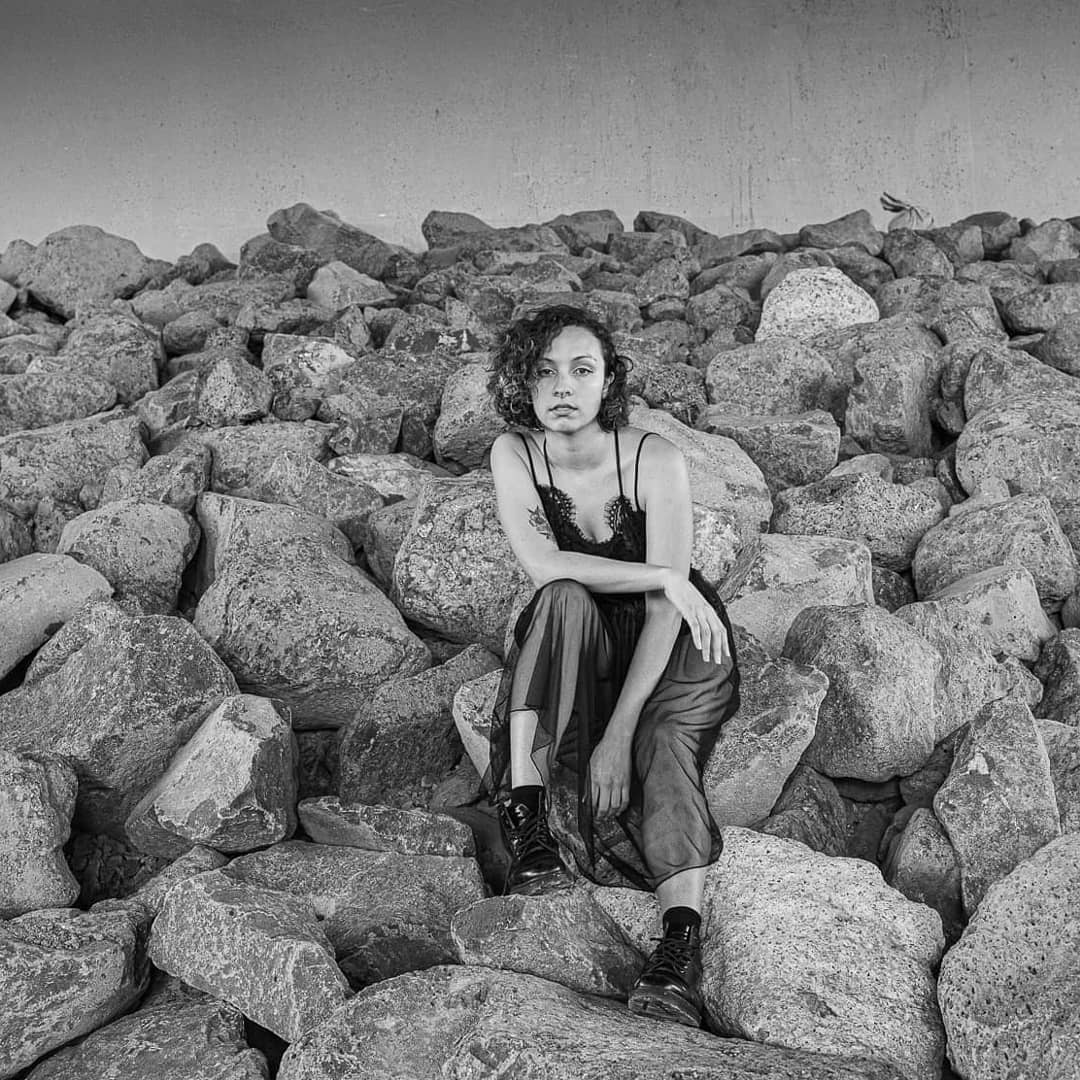 I’m from Auckland, born and raised. I watched my older brother progress through a career in music: from Christmas in the Park, to National Anthems, to the West End in London. Otherwise, my only other inspiration was the Cheetah Girls movies. Lol.

Now I’m based in central Auckland, originally having lived in Whenuapai, West Auckland. During High School I was taking private piano lessons (classical). I sat my diploma exam in 2013... and failed... I thought I was going to be some great concert pianist, but after failing this I decided that even though I spent 10 years honing my skills, I needed to play and write my own music.

I always told myself and others I'd never study music at University, so I enrolled into Events Management at AUT. I freaked out, realised I didn't have a bone of events management in me, unenrolled, had a gap year and found the Popular Music Degree at Auckland University. Best decision I ever made.

This is where I met my band ‘Round Buddah’. At the time they were a jazz trio who played corporate gigs - they asked me to join when their saxophonist moved to Paris. This was my first band! I wrote hooks, Jackson Lester wrote raps and Tom Taylor, Sam Nash and Chris Townsend played jazzy/soul backing. We called ourselves a "hip-hop collective".

I branched off and did a few collabs with producers Less Is More and Cam Cranston (who I'm still writing with today). Released an EP with Round Buddah, embarked on a trans-Tasman tour, released another EP and then after nearly four years together we disbanded in 2019! All the while I was recording my solo EP with some amazing session musicians, now I'm preparing for its release - May 1st!

Round Buddah played at R&V twice and some smaller indie festivals, but playing at Cassette Nine, the first show of our (Round Buddah) EP release tour and hearing people sing our songs back was particularly special. I think that's a highlight for anyone. Also, our final show in December last year - that was massively special. Everyone who had supported us through the years was there. It felt like the perfect way to say goodbye and hello to new beginnings! It made me realise people were paying attention, sometimes you put all this effort into something and think no one's listening but obviously they were! Social media just doesn't portray that well.

I went through an intense phase of ONLY writing anti-boy songs - that's all my words could produce because I was going through a strange breakup/love triangle thing... it was frustrating! So I changed my process. I still write love/break-up songs but that's just how they are interpreted, my inspiration would be something different for example, depression, global warming, fighting with your sister - the lyricisms can easily relate to being heartbroken which I'm fine with because I might come back to it later and relate to it in that way too! I just want to know not all my songs are inspired by boys lol.

If I'm writing a song on guitar/keys: I always start with the chorus harmony/chords. I need to feel a sense of rhythm before I can start writing lyrics. I will freestyle some lyrics and whatever words feel comfortable against the backing, I will write those phrases down. THEN I decide what the song is about. I let the emotion and meaning come second to writing lyrics, otherwise the lyrics will be too forced. Once I've decided, I start thinking of the Chorus lyrics - a summary of the whole story. If I produce something that fluffs around a bit, this will be the verse.

My tip: Have a writing plan but don't stick to it. We don't have complete control over what ideas come and go so you need to nurture that. If something else comes up, take that lightbulb moment and use it!

Writing to a producer's track: I'm still working on this! Writing to someone else's track is a whole new world. You're taking someone else's emotion and interpreting it as your own. I listen to the track over and over again and sing non-serious melodies over it to get an idea of what notes are available to me, simultaneously coming up with rhythmic ideas. A trap I always seem to fall into is cycling over the same rhythm - repetition of melody and rhythm is effective but too much of a good thing is... boring!

I have a habit of letting a song gather dust for a few months, coming back to it, and if I still have the same joy I had when I first wrote it then I know it's worth developing. I don't stick to this explicitly, but performing the song live can bring perspective - if you aren't willing to play it in front of anyone then maybe don't spend all your time and money recording and putting it on streaming services.

You CAN practise writing. I used to tell myself "I'm a natural and don't need to practise" lol HUGE mistake, thanks ego. Everyone is a natural at what they're good at but they can still develop their skill. Sit down for at least 20 minutes a day and write something - whether it be a throwaway song or a poem or even in a personal diary. Look up some writing techniques/practises to change it up a bit. I get bored fast, so I need to change my practices a bit.

If you leave a writing session having developed no ideas, that doesn't mean you're a bad writer... I'm still telling myself this. It's really disheartening when you sit down to write and everything you come up with "sucks" - it sucks to you, it's not up to your standards. It’s good to be hard on yourself but it turns bad when you start doubting yourself. If you can't come up with anything, walk away! It wasn't the right time to write your next single but it's still good exercise! You've walked away with more experience!