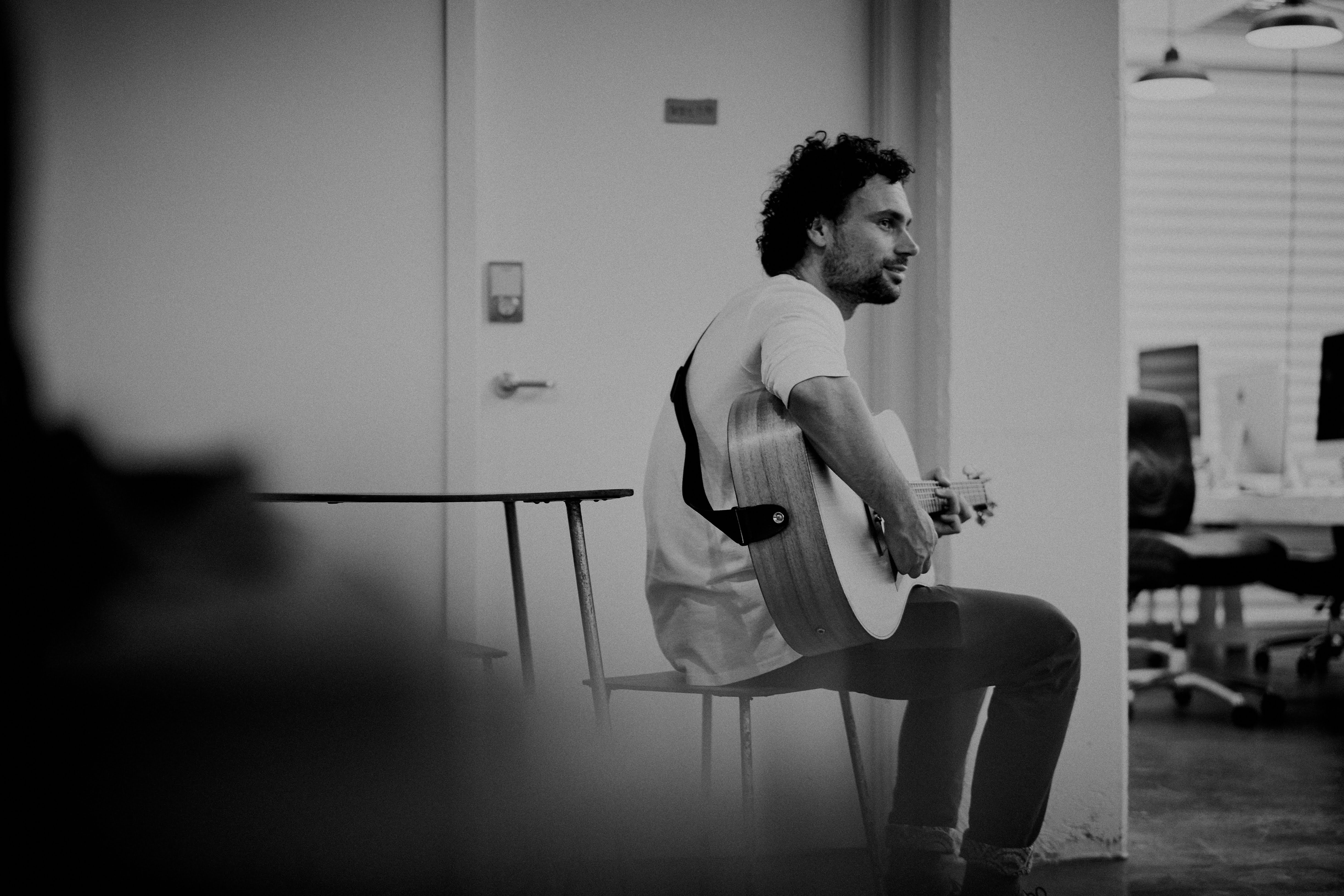 I was born in Dunedin, Otago and spent my first four years there until me and the family moved to Karitane, where I spent eleven years there before returning to Dunedin. Most definitely, I was brought up with a musical Father. He was a guitarist and singer and had played in bands since he was a high school student in the late sixties, all the way through to the early 2010’s. He was always playing music around the house and jamming out!

I started in high school, where I entered into the Smokefreerockquest competition! I first entered it as a year 10 student and the songs I wrote for it that year were among my very first compositions. I subsequently entered it every year until I finished high school, and had written a few more songs outside of Rockquest by that point. Back in those early years, I predominantly wrote, and helped write ‘pop rock’ songs for my band ‘Thelonius’, which also contained some ‘funkier’ songs too. Very riff based stuff. Then I really fell in love with John Mayer towards the end of high school, and started writing ‘pop singer-songwriter’ tunes. As time went on, I kept this aesthetic, but added a lot of my blues and jazz influence into the songs. And now I’m starting to inject disco, dance, funk, and even tinges of hip hop and R&B!

A few stand out moments in my musical journey come to mind. Having one of my videos shared by well known kiwi act ‘Drax Project’ was epic – I’ve been in touch with them ever since and was on the bill with them at R&V via my involvement with another well known kiwi act, ‘Summer Thieves’. Playing to thousands at the Great Kiwi Beer Festival with them in Christchurch with Dragon and The Mutton Birds on the bill was an amazing experience too, made even better with my parents in the audience. Proud mama and papa! Also getting my latest single ‘Higher Than The Sky’ hit #7 on the NZ hot singles charts was rad!

I usually start with something on the guitar; could be a riff, chord progression or some sort of hook. Then I just start humming melodies, making up words to find melodies and something that I click with. I always keep going until I hit a ‘sweet spot’ as I like to call it, a melody that just pops to you personally. With lyrics, I figure out a topic to write about and the topic should try to match the music I’m writing the lyrics to. This makes for powerful songwriting, where the marriage between the lyrics and the music is synched up. I start off with writing out what happened, an overview of sorts. And then I use technical writing and poetry skills to hone in on the idea and write the final lyrics. I got all these skills from a book called ‘Writing Better Lyrics’ by Pat Pattison who is a songwriting professor at Berklee College of Music. Couldn’t recommend it more, I use it as a guide to this day! l also have a lot of success co-writing with people, probably more so than solo writing. It can open up things that simply can’t be done on your own. So if you connect with other fellow songwriters, I encourage anyone to nurture that!

A lot of it is a personal feeling thing. If I have a song that is super duper fun to sing and play, that is often a good indicator. I also make time to send it out to other musicians and non musicians to gather opinions and how they react to it. From that data collection so to speak, I can get a good gauge for what songs are good, and others not so good. You’ve also got to discriminate what songs are more in line with your own ‘sound and brand’ which can further narrow down the songs to release.

To stay around highly motivated, positive, reach for the stars type people. You are who you associate with, and I must admit, I stopped being around those sort of people in my early 20’s and I lost track of my music and vision for a few years. The music industry can be unfair and demoralising at times, and you need all the ammunition you can get to cut through. Temptations with drug abuse got the better of me for a time, and held me back personally. Affects people differently of course, but just be wary of what’s serving you, and what’s not.

Another thing would be to just keep pumping out content and playing gigs no matter what. It’s the whole 10,000 hours thing, just keep spamming yourself out there and things will start to happen. Don’t worry about the numbers, sales, etc. all you need is one video, song, share or moment to cut through and get you to a higher place! I know musicians and acts who have had one of these moments, and they have built their career from that. Also, don’t get caught up in other people’s journey and have thoughts like “why not me, I’ve been at this for longer than him/her” – it’ll get you nowhere. That’s what I did and was the reason I got nothing done. Stay in your lane and just keep shining your light. I’m STILL on that buzz myself. We’re all in this together.

Lastly, stay supportive and loving in the music industry. Music is a ‘community’ and not a ‘competition’ ultimately. Collaboration with other artists can open up massive doors and the relationships can keep blooming like a beautiful flower. We’re all winners and we all have a unique voice to express! That is the most beautiful thing about it!