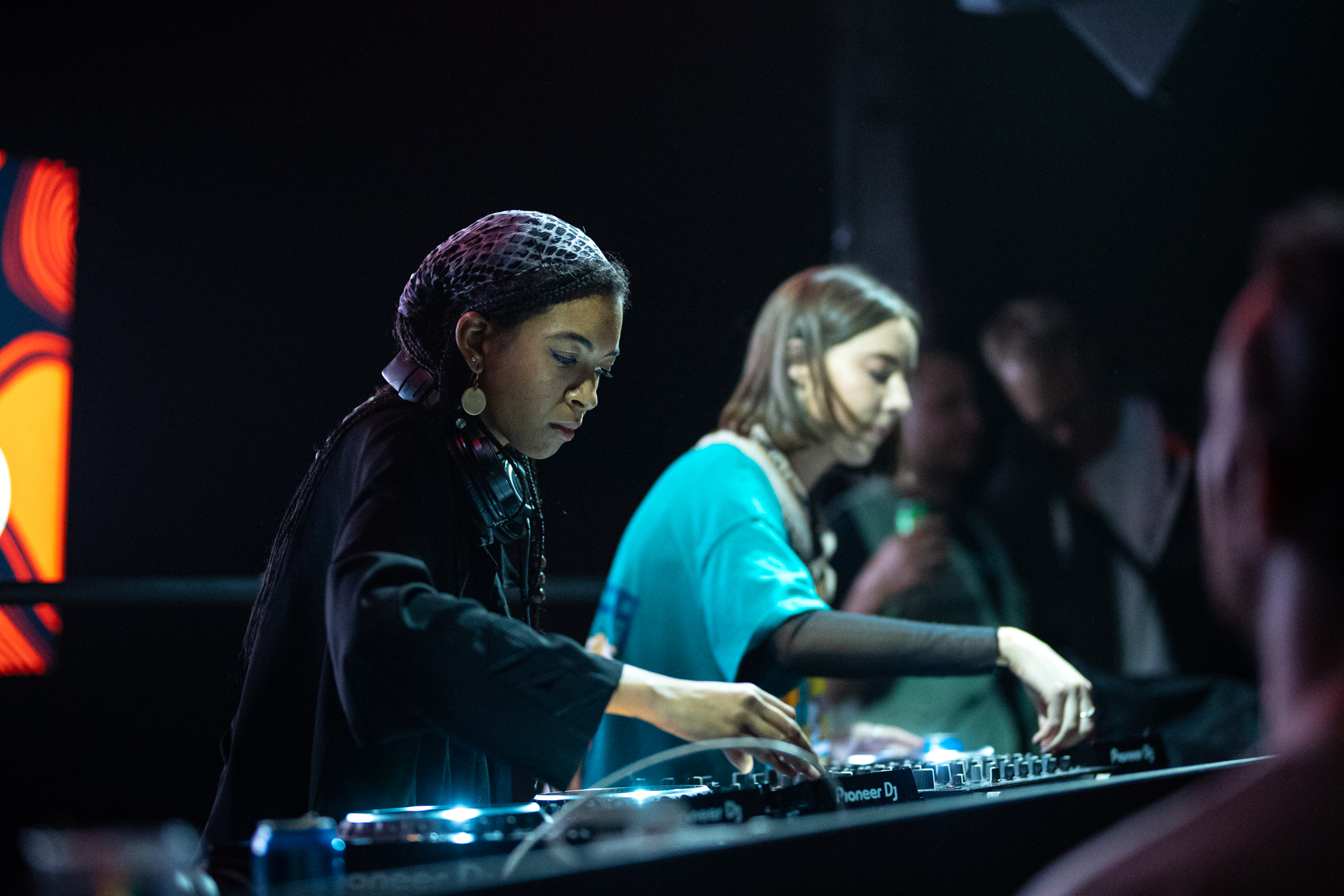 Growing up in Auckland there was music around us growing up for sure, Carly frothed the Hannah Montana soundtrack growing up. Jess’s brother played guitar so the two would constantly be jamming together and seeing what cool things they could come up.

Artists like Brooke Fraser had a strong impact on us growing up - the Arithmetic album in particular. Kimbra was also a huge influence, along with Fat Freddie’s Drop.

We actually met each other in Smokefreerockquest. In 2015 we formed an indie rock band with two others from the boys school up the road to compete in the North Shore (we were all Westlake kidz).

After high school Carly did a year at MAINZ where she also studied DJing, and Jess did a year at SAE. It was good to do a course to get our foundational skills downpack & now we each have a diploma in music production!

We’re still in Auckland where we sit mostly in the electronic scene. We don’t feel particularly rooted in one local scene. We have been fortunate enough to tour around New Zealand and play parties and shows in most of the core cities so it’s given us an opportunity to experience and contribute to a fair few of the local electronic scenes, and observe their differences. If anything, the Auckland scene is the one we are least in touch with. That’s also probably because it’s the biggest and most varied, which makes it hard to understand. Auckland’s electronic gig scene is evolving and improving. There are a few exciting cultural hubs popping up like Filth, an inclusive club night that is our absolute favourite vibe. Promotions companies like Friendly Potential are doing a good job to elevate underground house and techno.

We’ve had a fun summer! We played at Splore, RnV, Flamingo Pier festival, Cupa Dupa, Newtown festival, Shipwrecked and some other fun ones. Sometimes live sets, sometimes DJ sets. Very fun! We also have a residency on George FM Nights which is pretty mean.

Outside of Auckland we have had really positive experiences with party throwers and party goers mainly in Wellington and Christchurch! We love the scenes there and we get a lot of support.  I’d say all the support we’ve had has been the most special part. To have people that genuinely love our music or performances, it’s just a good feeling to know our art translates.

What do you write your songs about, and what is your songwriting process?

Our songwriting process is different for every song. We always adjust our approach and process to best serve the song. Ableton is our core baby. We have a bunch of synths and drum machines, percussion etc that we utilize when creating. We have a home studio setup with all our instruments that we do a lot of our work in and a recording center that we use weekly to record, mix and produce in.

We are pretty irreverent with our lyricism, often approaching subject matters with our light-heart sense of humour. We write our songs about Cheeseburgers, russian spies, kakapo mating rituals. Just whatever really.

How do you choose which songs to record and release?

It’s an intuitive process. We discuss what makes sense and what sounds best. There’s no template or strict rules around this process. The one thing we’ve definitely learnt along the way is knowing when to let go of a song that’s just not working. It’s very easy to get attached, learning when to abandon attachments that no longer serve your development is important.

Exposure isn’t a form of payment.

The business side of the industry is important to get right, but it can also suck and be emotionally taxing. So if you can have someone on your team that’s good with that stuff, it will serve you very well.