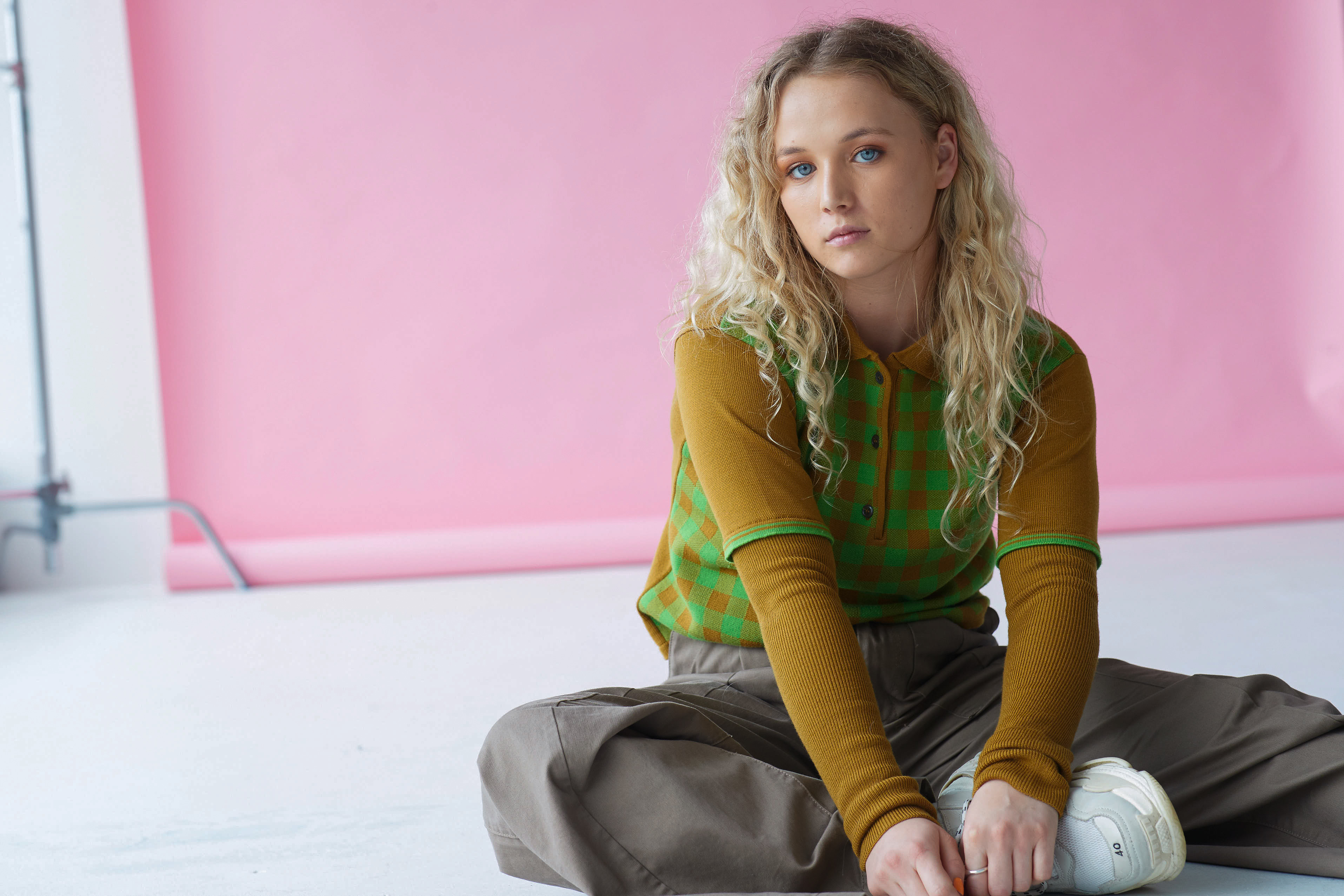 I was born and raised in Christchurch, out by the beach on a kids camp that my parents manage. I lived out there until the end of high school, where I moved up to Auckland as my music management at the time were based there. All during school I would take weekend trips up to Auckland for my music, and I figured that it would be a really practical next step if I was to fully go after a music career. So I’ve been living in Auckland now for almost 4 years.

I never really grew up around musical parents but my whole extended family is saturated in performers and musicians... My siblings and I all play and sing and although my parents don’t play, they’re absolute music lovers so music was all around. I also grew up within the church, so that for sure impacted me musically as we would always be singing there every week. My Mum's parents are huge influences... Nana was a performer in the theatre and my Papa started a band in Switzerland where he would hand make all of his own instruments (guitars, cello’s, bass, etc). So as an extended family, when we would catch up with them there would be endless lounge shows and loud singing, along with Papa’s harmonica playing.

I participated in Smokefreerockquest back in 2015 when I was in year 12. It was a fantastic stage for me to really get out of my comfort zone and practice with a supportive crowd. Back then, it was just me and my guitar singing a little song I wrote “to the guy I was to be with in the future.” Haha!

I entered SFRQ in the Canterbury Region alongside a few of my friends, Micah Heath and Ashy Batchelor. We were all in our ‘singer-songwriter’ vibe back then. The most outstanding act for me that I remember within my region was Neil MacLeod. I remember sitting in the audience just baffled by his whole act... his beautiful lyrics, the emotion put into every word, his flashy electric guitar and the instrument skills and voice that coincided with it... everything. Still to this day, I’m betting on him going far.

So after all that, I am currently based in Auckland! I feel everyone here has such big dreams and passions that they are all going after. There is a huge drive and big work ethic in a large city! I absolutely love it!

I actually decided not to study music after school. As a matter of fact, I stopped taking the subject of ‘music’ in school after year 11. I just found that my love for creating music was squashed with the pressure of studying it and learning the theory behind it. So straight after school I moved to Auckland at 17, where my music management was located and I got stuck in with writing/recording and performance. I got in sessions with different other kiwi artists and producers and worked until I had the songs I was stoked to release as my first EP ‘Foolish Ones’. Following that I released a second EP ‘Vision’.

Through the release of my two EP’s, I had some crazy opportunities to open for some of my favourite artists and bands. My first live show was opening for LANY at The Power Station in Auckland. Funnily enough, I had already bought tickets to go because I love them so much. The following year I then was able to open for EDEN at the same venue. But my biggest performance was opening for Five Seconds of Summer on their Meet You There Tour at the Logan Campbell Centre, which was unreal. By far the loudest screaming crowd I have ever heard; almost 3,000 young girls!

That show was the most special moment of my journey so far. I remember being asked if I was available to perform for a band coming into the country. They actually originally wouldn’t let me know the name of the act cause it was all ‘hush hush’ at the time. I figured out through the date who it could be but honestly I didn’t quite believe that was the band I could be opening for... I figured I would be opening for some much smaller act in a smaller venue somewhere around Auckland that night. But sure enough it turned out to be 5SOS and I had a few days to prepare with the band for it and then we were on that big stage. The biggest ‘pinch me’ moment of it was then being asked to open for their Australasian Tour shows. That was really huge for me but unfortunately I ended up not being able to make it work with such short notice! Regardless, I’m incredibly honoured to have played for them in Auckland.

Writing music is a huge processing outlet for me; whatever I experience, I write about. Writing from experience for me is easiest and most natural... plus it’s a huge de-stresser and helps really make something beautiful out of any situation. I believe the greatest feeling for anyone, is finding that one song from your favourite artist that speaks directly to your situation, or describes your exact life experience - or even just a moment you love to look back on.

Writing music is that big opportunity for you to make that song exactly in the way you experienced. And trust me, when you listen back to what you have written, it’s often something incredibly special.

Usually when I’m in the studio, the producer I’m working with will lay down a very basic chord progression and beat. From there, I’ll jump on the mic and sing whatever melody comes to me. It usually just flows right out and when I feel I’ve sung all I needed to, we play it back and pick out strong sections of melody that are the most catchy. I then start crafting lyrics over the melodies, to share what I really want to within the song. Often the melodies I’ve sung have a few words sprinkled throughout them, which I usually grab, as sometimes they communicate what I subconsciously want to write about.

When I’m not in the studio though and just alone in my room, the process is much the same. I just make little voice recordings of my phone, or video myself jamming through my laptop photo booth.

I used to find it quite hard to come up with new chord progressions or ideas on my limited guitar playing, but then someone told me about this website called Splice. Splice basically gives you little production loops, sounds - everything else you need to springboard a fresh song idea. So usually if I’m stuck, I head there and find a 4-bar chord progression that gives me some inspiration and write around that. It’s super easy and you can just drag the sounds and loops into Garageband, Logic or any other production software you have. Suuuuch a helpful tip for aspiring producers and songwriters.

You have to hit the perfect balance. It’s the juggle between having a song that you really connect with lyrically and melodically, and then having it be super catchy and loveable to those who listen to it. You want those who you play it to to be singing it around the house after they’ve heard it too.

I usually send around the tracks I love to the people whose opinion I really respect, and see their reaction to it. I always ask for brutal honesty and not just a nice compliment. Usually the people I send them to always gravitate to a certain song and that really highlights the one I should release.

In the end though, it’s most important that I absolutely love the song with everything in me, because I’m the one who has to really sell, promote and sing it to everyone! If you love what you are giving to the world, that authenticity shows.

I’d say, don’t compromise your morals or ‘who you are as a person’ to get to where you want to go in your career. It’s a tough industry and there are a lot of voices telling you what to be. Everyone has a different opinion of how you should sing, what you should look and dress like, or who you should be as a public personality. I look back and see how in a huge way, I really lost who I was as Nakita Turner - the young, free girl amongst the ocean of opinions. I was so busy just trying to roll with whatever people told me what they want me to be, that in the end I didn’t even know what I liked for myself or who I really even was anymore.

It can be easy to just go along with the voices telling you this and that about how you should look or be, especially if they’re people who you see as having a weighty status or a high success rate. But unless you absolutely love the direction and it fits with who YOU are as a person, don’t do it. You’ll thank your future self. Just be you, and only put out what you wholeheartedly love. People can see through an inauthentic facade and you’ll see it too when you look back!