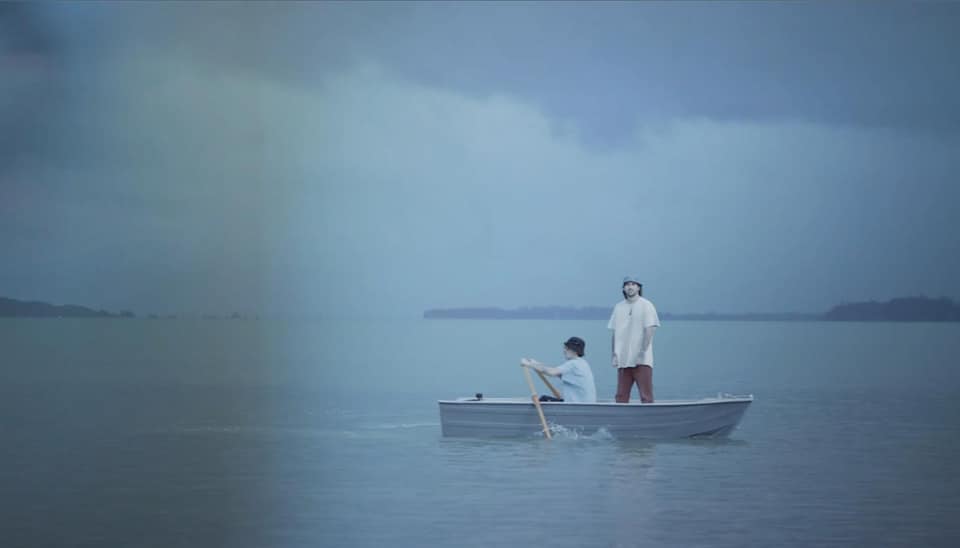 I was born in Wellington but I’ve lived in Auckland for almost all of my life, (Bar one year down in the South Island) I’m currently residing in Takapuna.

There was a lot of music around when I was growing up. Our parents were into a very wide range of music and had a lot of musical friends so we always had something different spinning depending on the day/mood. Dad was a drummer in a few bands and music has run through his side of the family from way back so we were encouraged to pick up instruments at an early age. Mum worked in various areas of the industry including radio, so we were spoilt for choice when picking records to play.

I can’t really remember when I first started making music, but boy has it changed over time. I went from writing and singing cringe worthy acoustic guitar songs to producing 8 bit inspired video game beats and cyberpunk dystopian scores to playing in a tame impala inspired band to an 8 piece funk/rap group called Lakes and The Magic Band to a Jazz rap duo to the music I make with my brother today. I’m into almost anything when it comes to music and it’s not like I’ve fallen out of love with any particular genre along the way it's more that I like to dabble in a bit of everything that I can.

There are multiple moments that stand out for me as significant in the progress of NO COMPLY. It's been such an amazing roller coaster so far and we have both learnt so much.

For me I have three shows that gave me those wow moments. Our debut show headlining with our good friend Harper Finn. It was the first time we had done a show with both acts playing and we sold out the Tuning Fork in Auckland. That gave me that ‘damn we could really do something special with this’ moment. The second playing our own set at Rhythm and Vines in 2020. That was crazy. Thousands of people out to support and dance to New Zealand music whilst the rest of the world was still in lock down. It was just a surreal and proud moment. Lastly the show we recently played at Cassette with Rhys Rich. We packed that out and a lot of people said that it was our best performance to date, so that was cool. Also finally getting to see Rhys play was amazing, he shut it down. Also just the people you meet, most of them are my inspiration and kind of my local heroes so that’s been special.

We don’t really have one process to be honest. Sometimes I’ve already written something that then fits to a beat Ethans made, and sometimes Ethan makes a beat and I feel a certain way and write to it. When it comes to a body of work we like to come up with a concept or a story and try and bring it to life whilst keeping the tracks cohesive. Most of the time Ethan's just jamming or creating and I write along and we kind of free form things on the spot.

If we really connect with a track it goes on a list in a folder. When it comes time to choose a single we just sift through and pick what we like the most and what we think would be kind of relevant to where we are at at the time or where the world is at. Basically if we like it, we drop it.

Keep good people around you. If the people around you aren’t supportive or building you up when you feel like you’re crashing down, then they aren’t your friends and you shouldn’t waste your efforts. Also to be original, don’t follow trends just because other people are. Just be yourself and make the music that you want to make. At the end of the day trends faze out or die so why not start the next one. Give yourself time to grow, things do get better, anything is possible and don’t forget to love yourself.