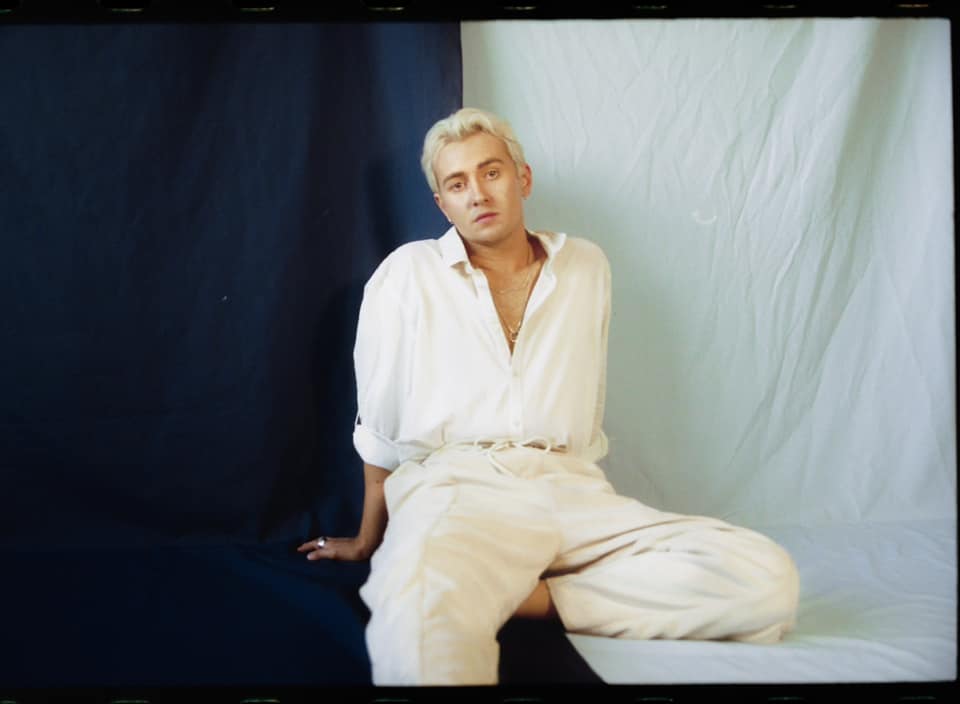 I’m a kiwi, even if I wasn’t born there and I don’t live there anymore. I grew up in Titirangi, West Auckland. Growing up there were a few albums that were mainstays in our car CD player. Adeaze was a big one, Norah Jones’ first record too. The last in the holy trinity was the UK boyband Blue, with their album “All Rise”. Looking back it’s pretty funny how much these 3 albums have shaped my music.

I live in Los Angeles now, but my heart very much lives in New Zealand.

I never studied music after High School. I was ready to get an Urban Planning degree, but music sorta happened to me in my last couple months at Avondale College. I entered a small competition and a scout for a management company was there. That kinda marked the move into the “industry” for me, where it became more than a hobby.

A particularly memorable moment from my time in music was when I opened up for Broods in 2016. I will forever remember getting to be the first concert for a friend from primary school; I spotted her in the crowd when Broods had me up on stage to duet “Bedroom Door” with them. She just had her eyes shut and was swaying and smiling, and it felt like I got to fall in love with music vicariously through her. Such a special memory that I’ll always take with me.

My writing process is different each time, but I usually gather lyrics and concepts in snippets over long periods of time. I love long walks at night, alone with my thoughts, as a means to get ideas down that I can flesh out in a recording session. Whether or not I’m driving the session, I find that it’s good to mess around with production until you have something that feels right, to approach each session with a really open mind when it comes to locking in a vibe for the music. From there I can go through all my lyrical and conceptual snippets and free up some headspace for melody and phrasing. When you’re stuck on lyrical ideas it takes up so much mental energy, and a lot of instinctive, hook-laden melodies slip through the cracks.

In my opinion, a hook – no matter how simple or complex – is the lifeblood of music. A mistake that’s easy to make is to overthink your songs, to overcomplicate them, and to assume the most instinctive path forward is “too easy”. I try more and more to lean into my first instincts.

How has producing a lot of your own music changed the way you approach songwriting?

Producing my own music forces me to play to my strengths, to find creative workarounds to my shortcomings. I find I make things that are more minimal, and vocal-forward when I produce for myself. Interestingly that is also what resonates most with my audience, which is super comforting for me. I feel really emboldened by the fact my most successful songs were done on my own.

For me it’s really important that each song is part of a larger picture. I’ve always been so impressed by people like Taylor Swift, who plant easter eggs across albums, to make it the most immersive experience possible for fans. I will hold onto songs for 4 years so they end up on the right project.

NUMBER 1: Never underestimate your own value. People WILL take advantage of you under the guise of helping, in an industry that is, by its very nature, exploitative. You have something that doesn’t have an inherent monetary value. Music isn’t food, it isn’t a precious resource, but because of that, there is almost no ceiling to how much it could be worth. You can write a song in your bedroom that becomes a number one around the world. There are a lot of people that are willing to jump in while you are “potential”, and act like they’re doing you a favour by giving you a shot. Be careful. Look for mentors you can trust. A record deal isn’t a prize, it’s selling your music to people before it becomes successful.